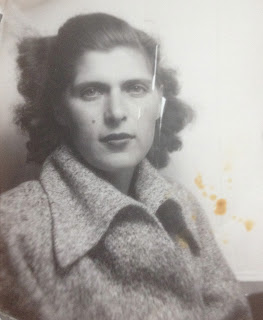 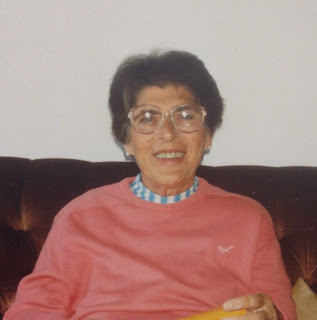 Defeating the hatred - observing Yom Kippur with our hometown

We stood there; we who believe that culture is the basis of Jewish life and those of us who see a deeper religiosity as the most important thing in the lives of the Jewish people.
We stood there as sometimes people do in general, you know, with our strong and our weak sides, being like people are in general.

We stood there and we were wondering how to make next year a better year in relation to each other, towards God and to ourselves. In short to be better as human beings, as persons and as a people.
We stood there, a few hundred Jews from Gothenburg and the vicinity.
And two blocks away, the Nazis were marching.

For a moment we trembled as we were reminded of what happened in Europe 75 years ago, as if we could remember it, as if we were there – even though most of us weren’t even born at the time. But some of us were. And some of us did remember what it was actually like. Was it fair to have them go through this, yet again? To be reminded of what they hoped and believed would never happen again? There it was, the sound of marching feet, of marching Nazis, in our hometown. In Sweden, in 2017.
And yes, we did remember. All of us. Even those who didn’t, could actually remember.
When 75 years ago, the highly assimilated Western European Jews mostly saw their Jewishness as a picturesque but not very important detail of their identity.

Then 75 years ago, they met naked in the gas chambers of Auschwitz/Birkenau and the other death camps and they finally looked at each other – really looked at each other – and realised that Abraham’s covenant was what now would seal their fate.
Then, 75 years ago, before the gas was released, and they died screaming in agony, clawing at the floor and the walls, they realised that their view of themselves did not determine their fate or the way their killers regarded them. To them, they were all vermin. And vermin you exterminate.
Then, 75 years ago, they finally realised that their fate were determined by what they were and not in any way by what they had done.

Then, 75 years ago, they disappeared together in the smoke from the crematories.
Then, 75 years ago, no pity or solidarity was shown towards us, against the hateful forces that would ultimately destroy Europe; the Nazis were left to carry out their murderous plans to rid the world of the Jewish people. They met little opposition, the Nazis, those who build their existence on evil and constantly fuel the hatred they feel for us, there in the synagogue, by their misguided belief that we somehow are to blame for all the ills is this world. Either we are too rich, or too poor, too foolish or too smart, too powerful or not powerful enough, too wicked or too kind. And never quite human.
It was last Saturday, at Yom Kippur, when all of you Gothenburg inhabitants showered us with love in a heartfelt and overwhelming display of solidarity with us.

It was last Saturday on Yom Kippur, men and women in police uniforms, together with thousands of gothenburgers as well as many other Swedes, and foreigners too, showed the Nazis and their leftist counter demonstrators who had arrived in order to seek confrontation (in spite of them not being too overtly fond of us either) – that we were all united against their manifestation of hate.
It was the day before Yom Kippur our community chairman, along with other representatives of the Jewish community, spoke before a cheering crowd of at least 2000 people, and talked about dialogue instead of polarisation as well as understanding and acceptance instead of hatred.

And now, after yet again reliving the sensation of what our parents, grandparents and great grandparents experienced and many of them died as a result of, we could regain the positions in our lives and the air was filled with determination – that what happened 75 years ago will never ever happen again.

We Jews have taken back our place on the stage and also in history – and there we will remain, no matter what happens, what we think of each other and what others think of us.
When the blowing of the ram’s horn sounded, that proclaims that the Creator is giving us another chance to improve and to improve our lives as well as the lives of others’ in the year to come, we had the feeling that next year will be a year of renewed friendship and yes, love, between all of us human beings, in our everyday life as well as when we come together, here in our hometown, Gothenburg.
Upplagd av Stefan Lindmarks Lärdomar kl. 13:46 Inga kommentarer: